I’m back from the latest meeting of Word Tribe, and of course, I’m a bit late posting this.  Normally I rake together some thoughts at the airport, but thanks to an extended game of Flight Cancellation and Rescheduling, I didn’t make it home until late, and then the whole Work Thing grabbed my brain and refused to give it back.

Not that I feel any rancor toward Southwest.  Their service and spunky attitude have made air travel almost bearable for many years, and will do so in the future.  This time, however, they had to take a jet out of rotation for mechanical issues, and the resulting schedule shakeup reminded me of a bad French farce.

I came armed with a humorous submission story (“Phunny Phantasy” as one instructor described it), 2 bottles of Hanger One vodka, and a sample of St. George absinthe.  Yeah, it’s that kind of weekend.

My critique group (A – The Awesome) consisted of two pros (Walter Jon Williams and Fran Wilde), plus 7 students.  Why the organizer assigned me to Mr. Williams after the infamous limoncello spit take, I can only guess.  Still, the pros and the students all had very positive reactions to my story, and there was universal agreement that the ending… didn’t deliver.

At least I know what I have to fix.

We also had a second critique group B (aka The Heathens) run by pros Ken Scholes and Jaye Wells.  I hadn’t met either of them before this event, and both gave excellent lectures on issues ranging from Managing Your Muse to Mastering the Scene.

(Ken, it should be noted, gives off the vibe of a jongleur, but in reality he’s an incarnation of Avalokitesvara, the Buddha of Compassion.  And his novel Lamentations is turning out to be ridiculously good.)

Paradise Lost has become annual meeting of The Tribes – Codex and Taos Toolbox and Viable Paradise were all represented.  I was jazzed to see four other alumni from my own class at VP16 – Fighting Fire Wombats.

I added new friends to my social media, new writers to my TBR lists, and recharged my hug battery.  It has to last until new year, after all, when Paradise Lost VII invades San Antonio agin, bringing another bunch of folks together to revel in that thing we call genre writing.

You folks are the best. 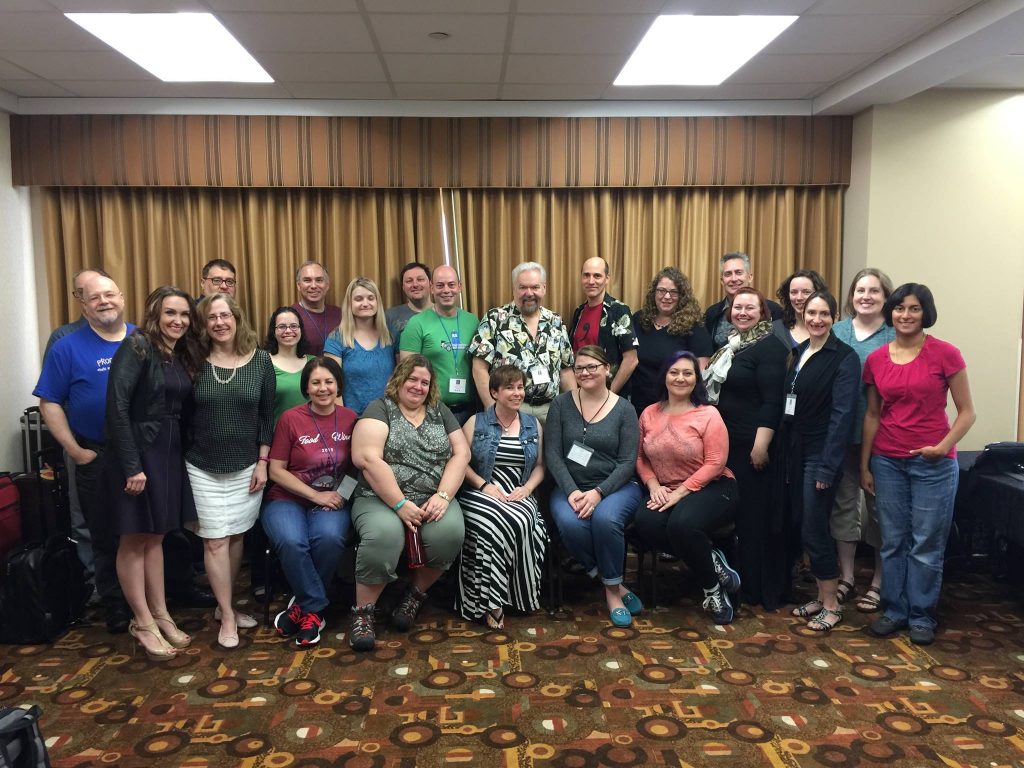 Comments Off on The tribe grows – Paradise Lost VI