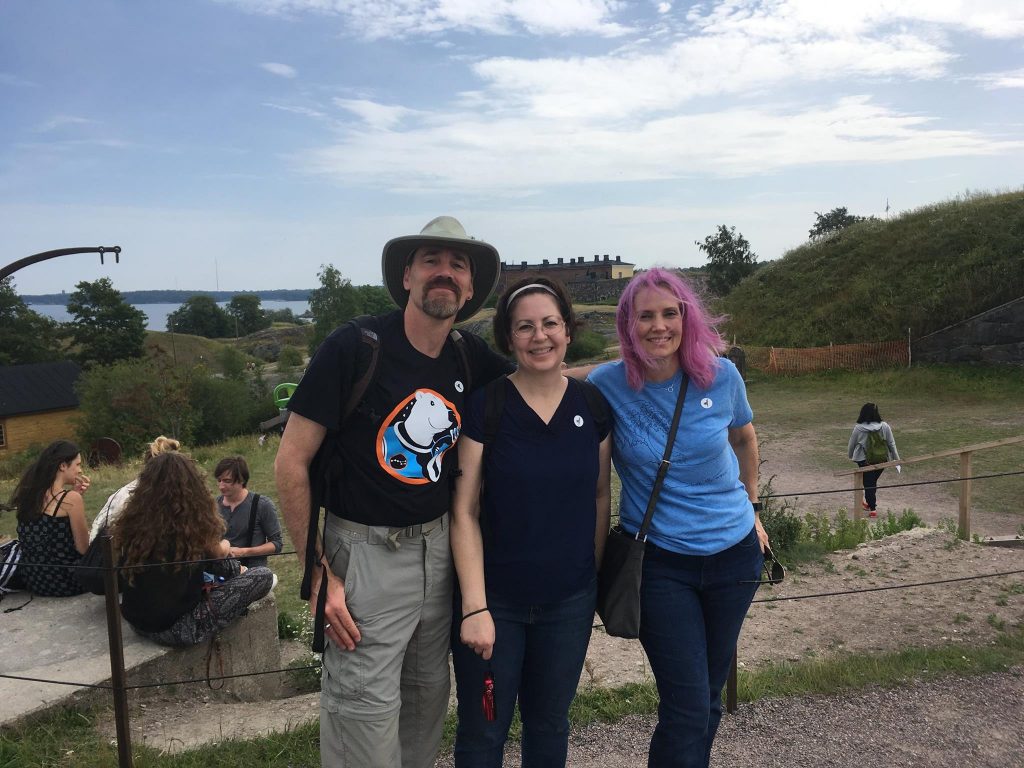 The confluence for this Worldcon was too good to ignore: end of the summer, a chance to visit Scandinavia (and my extended family) again, and close enough to a significant birthday to rationalize the expensive.

Planning began in December, when I put together a spreadsheet to maximize my vacation following the adventures of the medial sinus. We found a really great deal* for flights on KLM with connections in Linköping, Sweden, close to several of my relatives.

*For certain values of “good price and inconvenient connections.”

The airlines made some minor changes to our itinerary, which necessitated last-minute re-ticketing, which almost derailed the entire trip. Apparently KLM/Delta had not communicated with Orbitz about the changes, and we had to pull The Ugly American® card at San Francisco International to secure our seats <2 hours before departure. (We also had to make changes to our return trip to accommodate the school schedule, and these proved so onerous that it was literally cheaper to buy new tickets on Norwegian Air.)

PSA: I love Norwegian Airlines due to their newer aircraft, friendly staff, and connections from Oakland to Stockholm. They will get ALL my future business if possible. KLM/Delta can kiss my wrinkled hiney.

Things I could have done without:

Check them out in Flckr