It’s spring, which means Paradise Lost (7, in case you’re counting). This was my fourth attendance, so my badge bore witness to it.

We had quite the variety this year: one-star retreat only folks, dipping their toes into the alcoholic punch of neo pros; five-star veterans, and of course, the founder, Sean Patrick Kelley, carrying around seven stars like the blessing of some demented deity.

This weekend happened to coincide with Fiesta, a 2+ day celebration in downtown San Antonio in which thousands of raucous folk clog the sidewalks (and parks and plazas and hotels) as if Mardi Gras and an Oakland Raiders Tailgate Party had a child and raised it south of the Rio Grande.

So it was, ah, busy. And loud. Fiesta apparently draws a lot of competition for its events: Loudest Continuous Car Horn Exchange (1 AM division), Weirdest Electric Parade Floats, and Highest Number of Unlicensed Street Grills.

Fortunately, we had several catered meals at the event, and plenty of space in the lovely Drury hotel to hang out between scheduled lectures and critique sessions.  There really wasn’t much need to go outside, except to forage supplies for the Social Suite bar.

My new contribution to the suite was NOLA from St. George Spirits here in Alameda. The coffee liqueur got many positive reviews. (“I’d have this for breakfast!” –Chris from Chicago) Absinthe and Buddha’s Hand vodka also made return appearances.

Since this was my fourth year as a critique participant, it felt less like a bacchanalia and more like a family reunion. I met some new writers, some of whom will probably become friends, and reconnected with many good souls from Viable Paradise and Taos Toolbox.

There was, however, no traditional game of Cards Against Humanity. This year, people seemed more inclined (on Saturday, at least) to break into small groups for quieter conversation.

Well, a lot has happened since 2016, especially since October.

There were other things, of course, plot-breaking and games of Werewolf, free books (!), surprise guests, gift exchanges, and tearful farewells.

I’m proud and very happy to call these folks my tribe, and they help keep me sane, and keep me honest, and inspire me to be a better writer. And a happier one.

What more could you ask?

See you next year, Buddha willing. 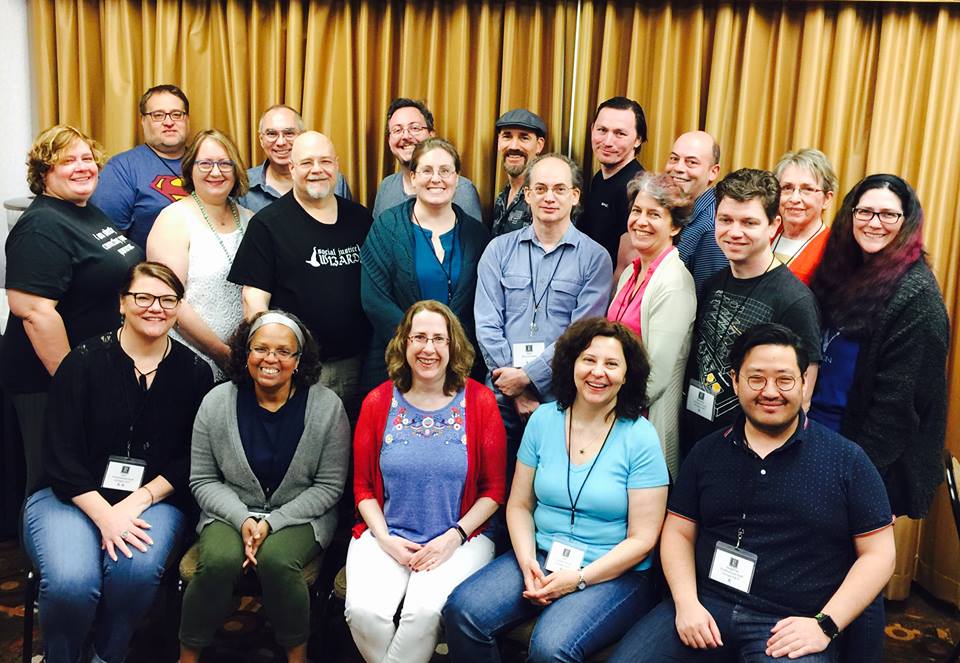 (Can you find 6 Fire Wombats in this picture?)