She was also a mentor. She wasn’t a writer, but possessed an amazing spirit.

Among other things, she taught me to eat leeks, to appreciate the imprecise recipes of her delicious baking, to drink dry & sweet vermouth (“mormor’s blandning“), and to listen to stories.

Ingrid (Inga) was the oldest person I knew, and one of the happiest.  She inspired me to embrace my culture and to sing even when I didn’t know the words.  (She herself was a fearless singer, and always knew the lyrics and the melody.)

She drove her own car until she had a series of strokes at age 95, but continued to live on her own well past the century mark.  Every summer, she made the pilgrimage from Jönkoping or Linköping to the west coast where the family maintains a house on Särdal strand (near the medieval city of Halmstad), taking up residence in her “apartment” while the rest of the family took turns crashing in the other bedrooms and sleep spaces.

It was her absence from the beach house these past two summers that told us she was truly slowing down.  It wasn’t the arthritis or the deafness or anything in particular.  It was just age. She was older than God. She outlived a husband and her youngest daughter.

Despite the immense love and light and energy and support of all her children, grandchildren, and great-grandchildren, Inga simply drained her batteries. She’d reached the end today, and passed away, attended by her first-born son and a respectful coterie of relations.

I knew this woman for my whole life — more than half a century. But her favorite story about me comes from my first visit to Sweden, when I was about 4 years old.

Like many other children, I fell in love with the hampis — the stone quay that lies a short walk from the beach house.  The granite blocks of the hampis create  tide pools where you can fish for crabs using the time-honored technique of a bit of scrap fish and some string. I spent significant portions of my mornings filling up a plastic bucket with the tiny crabs, which mormor would then cook with mounds of fresh dill.  Hardly enough to eat, but that didn’t seem to matter.

On the day of our return flight, my parents called us down to breakfast and told us we were leaving.  According to mormor, I refused. “No!”  We could go home anytime, I said, but today we are fishing for crabs.

She always laughed when she told that story, and eventually I stopped being embarrassed when I heard it.

I have visited that beach many times since,  eventually bringing my fiancée, and then my daughter, Lilly-Karin — her namesake.

The next time we visit that beach, I suspect we will fish for crabs. And remember my mentor. 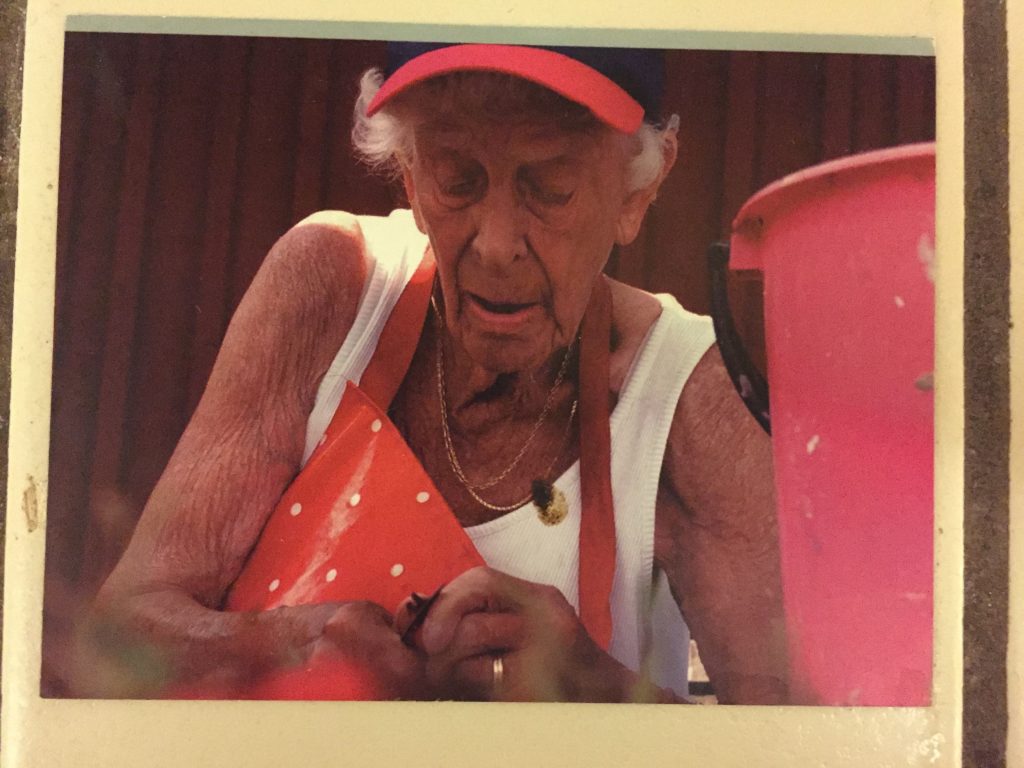