Joss Whedon was in my brain 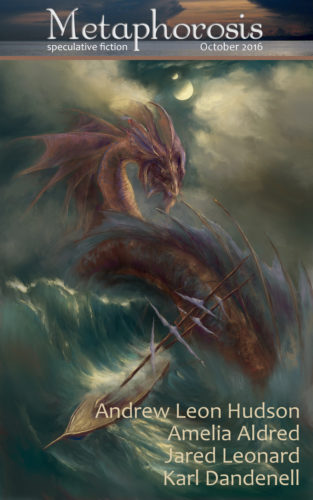 Today one of my favorites trunk stories, “Comes the Tinker,” finally sees the light of (virtual) day in Metaphorosis magazine.

This story had its genesis with a theme: the traveling salesman.  I wanted to play around with that idea but in a SF context.  Specifically, what happens to that role in a future economy?

At the time I was writing this, I’d been diving into genealogy for my wife’s family.  She comes from English stock (she’s related to Thomas Hardy), and those early immigrants to this country bore some great names.  Those names led me to characters.

I had also recently watched my first episodes of Firefly.  Joss Whedon’s writing just smacked me in the face, and the show’s dialog influenced the cadence of my character’s speech.  (To be honest, I took inspiration from his setting as well.)

Finally, one of the catchphrases of Tom the Tinker was lifted from a bumper sticker celebrating the Ramones.