My experience of Death falls into two general categories: quick and slow. There never seems to be a middle ground, a saunter. You either see it coming and have time to prepare (and fret and worry), or bang! It’s right there, and you deal with it mostly in the rearview mirror.

My father is fading. He’s nearly 91 years old, and it’s clear to anyone with even a modicum of medical training that he’s not long for this life. To his credit, he is the last survivor of 9 (!) siblings, and has set a new endurance record for his bloodline.

It’s no small feat to push yourself into nine decades; it’s even more impressive when you consider the time he lived — standards for healthcare were much lower, nutrition was worse, the air pollution in most major cities was worse, and seat belts and antibiotics  and yoga classes didn’t exist.

My father has survived a tour as a paratrooper during the latter part of WW2, 60 years of tobacco use, 70+ years of drinking, a bout of cancer, lifelong anxiety, depression, lack of exercise, and the Catholic church. But his main spring is winding down. Mentally and physically, he’s batting in the bottom half of the ninth inning.

The very languid approach of death has given the family a lot of time — perhaps too much — to deal with the challenges of his later  life care. Thus far, he has stayed at home but at a very high cost, physically and emotionally. The last few years have been an exercise in simmering grief.

Very soon I expect to get the phone call that tells me that he’s passed, or is in the hospital, attached to expensive machines trying to eke out another few weeks of life. Then I’ll put the grieving process into full speed, and deal with it.

Then there’s the quick death. The unexpected fatality. The oh-shit-I-just-talked-to-them-yesterday moment.

I met Chris Cornell at a writing workshop in Texas, and was delighted to discover that he lived only one town over. I enjoyed his writing, his humor, his gentleness, and his generosity. When he started a publishing company and invited me to submit a story to a new anthology, I was happy to participate. It was a great experience and I looked forward to future collaborations.

I last saw Chris two weeks ago at the Nebula Awards conference in southern California. He was happy and full of life.

He died on Monday night. I got the news on Tuesday. Apparently, he was riding the local transit (BART) and just keeled over.

I realize there are many invisible health issues — high-blood pressure, for example, but I hadn’t heard anything and he was still relatively young. There were decades of stories waiting to come out.

Death, however, came swiftly for Chris, and now his family and many friends are heartbroken, shattered.  There is a collective shock and disbelief that has only begun to settle into grief.

I’m still processing, of course. But I do know there will be one less glass raised at our next writing getaway.

Just as there will be one less place set at my parents’  table in the near future.

Fast or slow, Death comes, so keep your eyes open. Hug your loved ones. 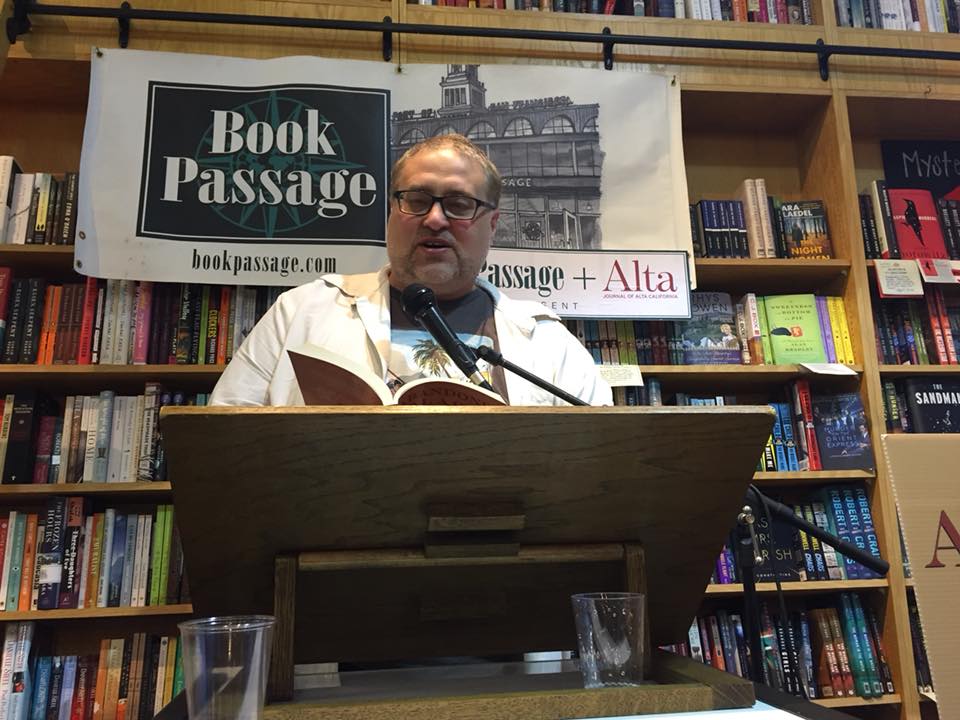 This entry was posted in death, family, grief. Bookmark the permalink.