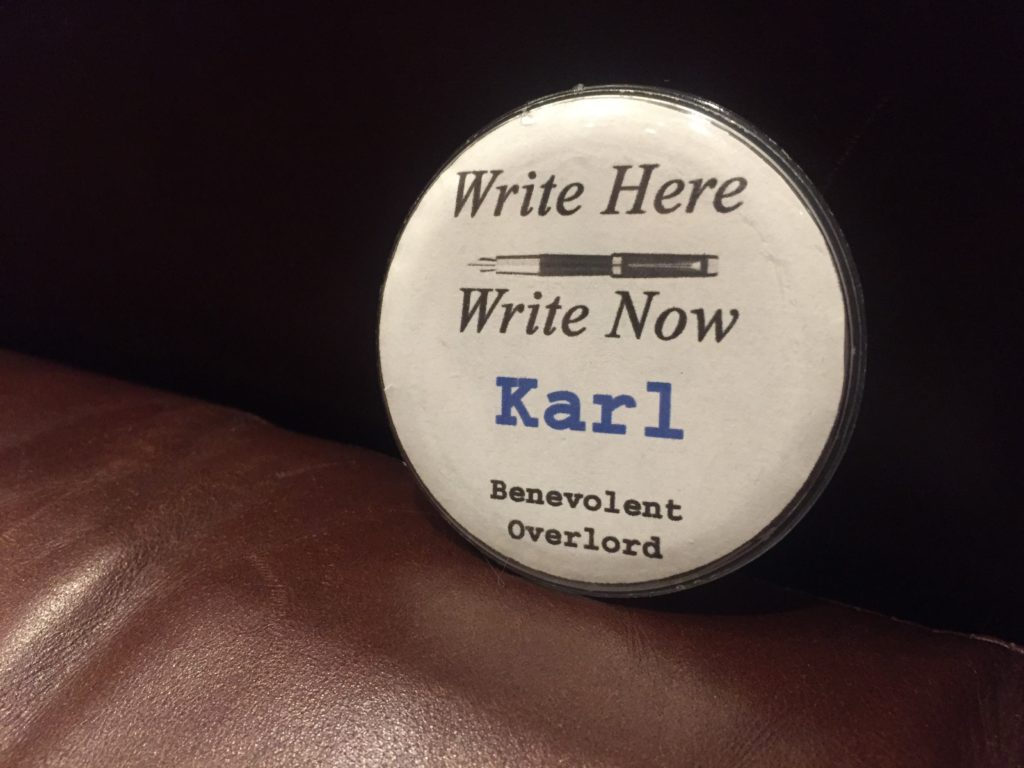 I recently returned from Baltimore, where I hosted my first writing retreat weekend, Write Here, Write Now. After a long absence from my tribe, and the hiatus of Paradise Lost, I decided to put together my own getaway.

As you might imagine, it turned out to be a complicated enterprise, given that my job was in chaos, my father’s health was in decline, and I didn’t rope in any help apart from reaching out to folks about local options.

My writing community is spread out from western Canada to Florida, so I ran a series of surveys to get buy in on location, activities, available hotels, and budget. In the end, Baltimore edged out Chicago for both number of potential attendees and hotel prices. (San Diego was also a strong contender but hotels were crazy expense in late April/early May.) I did manage to convince the nice people at Hilton that WHWN 2019 was a legitimate business meeting, and thus shaved a few bucks off their best published rate.

In the end, we had 11 confirmed attendees plus a potential cameo or two. That many people didn’t quite fit into the Benevolent Overlord Suite, and we ended up using another room for some of our group activities.

Two of the participants, Gary Henderson and Lauren Roy, were part of my class at Viable Paradise XVI. Lauren and I hadn’t crossed paths since 2012, and it was a joy to see her again.

Unfortunately, I caught a pretty nasty bug (the crud) a few days before the event and was sorely tempted to cancel. Since I owned the weekend, and it was the first time, I didn’t want to disappoint.

Let’s just say the flight there was hellish (ear infections and pressure changes do not mix well).

I was met at the airport by one of my long-time Paradise Lost tribe, and thus was saved the pain of navigating a strange city while exhausted and under the weather.

Most of the mob gathered for a casual dinner on Thursday at Kippo Ramen. I was in the mood for soup and we had not one, but two ramen virgins in our group. We had to go. Excellent food within a short walk from the hotel.

Everything we did was a short walk away. One of our number was very pregnant, and I was sick, so that factored heavily in our plans.

Friday morning I “officially” opened the event, laying out the basic rules, which were basically NO SPOILERS and ASK FIRST BEFORE YOU HUG SOMEONE.

After coffee and carbs — featuring homemade scones from Gary’s talented chef housemate — we split up into writing and critique groups. After lunch, there was more critiquing, then plot breaking. Despite my lack of energy and ragged voice, I enjoyed the back and forth, heard many good ideas, and had a generally fine time.

For dinner, the mob traipsed over to Little Italy, where pasta and excellent cannoli were acquired. After dinner, of course, we met up again for libations and silly games (Flux, Werewolf*, Cards Against Humanity).

For the weekend, I brought Alameda vodka and absinthe, plus Writers’ Tears irish whiskey, and absinthe. Other participants kicked in spirits from Italy, Greece, and plenty of American things. One writer, Shannon, proved to be an excellent mixologist.

Saturday saw more story breaking in the morning and afternoon as people found it useful and brought in more novels to kick around. I took a break and visited a local Minute Clinic, where a very professional Licensed Nurse Practitioner hooked me up with some antibiotics to go with my cornucopia of over the counter meds. (The CVS pharmacy and Whole Foods were located a block from the hotel, which was good news  for everyone.)

Saturday night we ordered in some very good local pizza, then tried our best to empty the bar and talk ourselves hoarse. I think I had an advantage there.

Sunday found us gathering for one last session of plot breaking, conversation, and the breaking of the fellowship. I divested myself of anything that couldn’t be carried on the aircraft, which turned out not to be necessary since an overly full flight meant I had to check my bag anyway.

<How could I forget? We celebrated Cinco de Mayo at a local taco joint that had astonishingly diverse dance music blasting upstairs, plus infomercials and lacrosse playing on competing televisions. Great food, though.>

Folks drove off, leaving my friend Rosie and I chilling in the hotel lobby on a rainy afternoon. She was headed for the train and I had several hours to kill before my flight to Nashville…

…which was rescheduled, forcing me to scramble to make a missed connection. Ironically, I ended up flying to Chicago (where I go frequently to visit my mother-in-law), then back to Oakland. Total travel time > 12 hours.

I splurged on the flight for WiFi and caught up on Game of Thrones and a new Netflix series, Derry Girls. (Yes, I had books to read but my brain just couldn’t.)

All in all, I had a good trip, met some online folks in person, and did the writing thing. I hope that the participants will stay connected and expand the tribe a bit more.

The surveys from the weekend are still trickling in, though the trend is very positive. If my work and family schedule align next year, I might be persuaded to do this again. 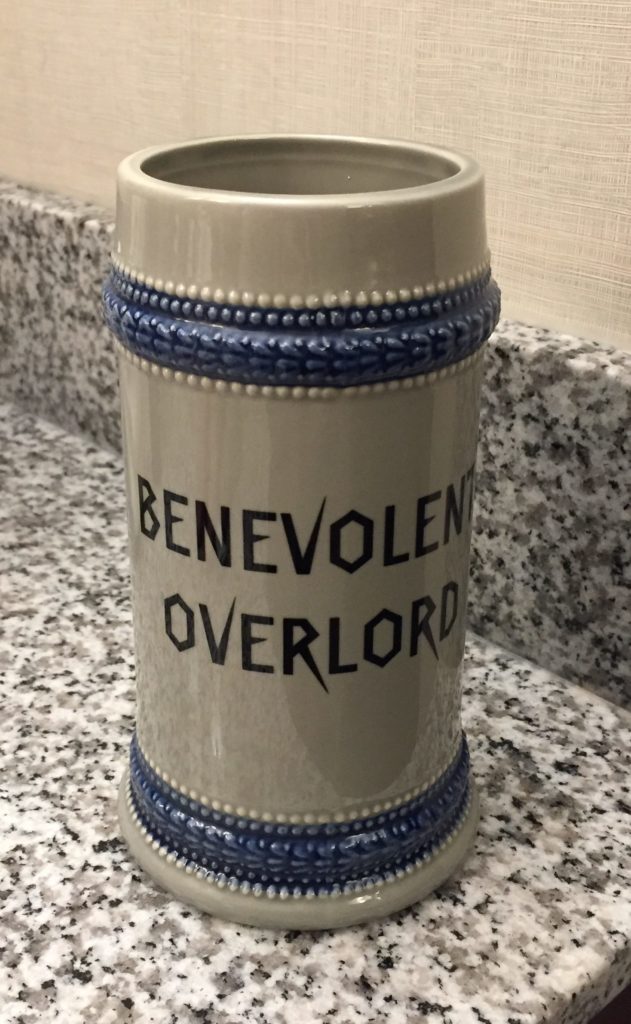 *According to our game moderator, we truly sucked at this. The werewolves ate the hell out of the villagers, even after I accidentally outed myself as a shapeshifter.